“I have met him many times and I said that I would invite him to Israel when he is president and I have kept my promise,” Netanyahu’s office quoted him as saying after their meeting.

“I told him that the next time he comes maybe we will play a little football but beyond this we are cooperating in an outstanding manner,” he added, referring to Weah’s stellar soccer career before being elected president in December 2017.

Netanyahu, who visited the Liberian capital Monrovia in June 2017 to attend a summit of West African leaders, said Israel was “returning to Africa in a big way.”

“Africa is coming to Israel and so is the entire world. We are turning Israel into a rising global power.” 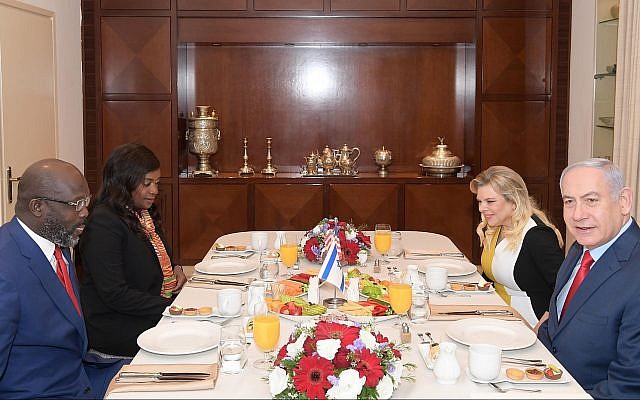 Under pressure from African Muslim nations, accentuated by the Israeli-Arab wars of 1967 and 1973, a number of African states cut ties with the Jewish state.

Many have since renewed them and Israel has offered those countries cooperation on security, technology, and agriculture. 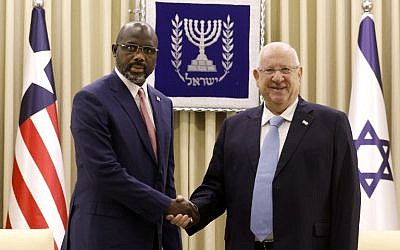 “You were one of the finest footballers in the world, bringing great pride to your country and continent, and great joy to many people, myself included,” Rivlin told his guest.

Voted world, European and African soccer player of the year in 1995, Weah played in Liberia, the Ivory Coast and Cameroon before moving to Europe, where his clubs included Paris Saint-Germain, Monaco, Marseille and AC Milan